You are here: Home » A Message From Friends of the Waterfront

In this new year of 2021, as a member of FOW for 37 years, 15 years of those being spent as a board member and 6 of those years as president; I find myself reflecting on the past, Newport’s maritime heritage and those that came before us.

In December, the waterfront community, the city and especially FOW were saddened with the sudden passing of Newport’s Harbor Master Tim Mills. Tim’s roots with FOW go back to the early days when as a teenager he would ferry Mary Ferrazzoli and her sister Theresa Salter around Newport Harbor to inspect the waterfront. Tim told me that he didn’t have a car, but he could always find a boat to get Mary out on the water. The entire seafaring community owes much gratitude to Tim for his advocacy for Newport’s Maritime Center, a waterfront treasure. Tim will be missed by many.

At the end of December, we also lost Inez Bliven at age 97 who was one of FOW’s early members; she helped with the original research on the public rights of way. Growing up on Bliven Place, Inez knew all the wharves along Thames Street; her knowledge and love of the waterfront was an inspiration to us all. Past FOW President Dave Wixted remembers Inez as ‘one of the faithful members and supporters of Mary’s cadres.’

During the pandemic, I have given thought to my own status as a ‘naturalized’ Newporter and the future of Newport’s waterfront with an essay that appears in the 2021 Newport City Guide. 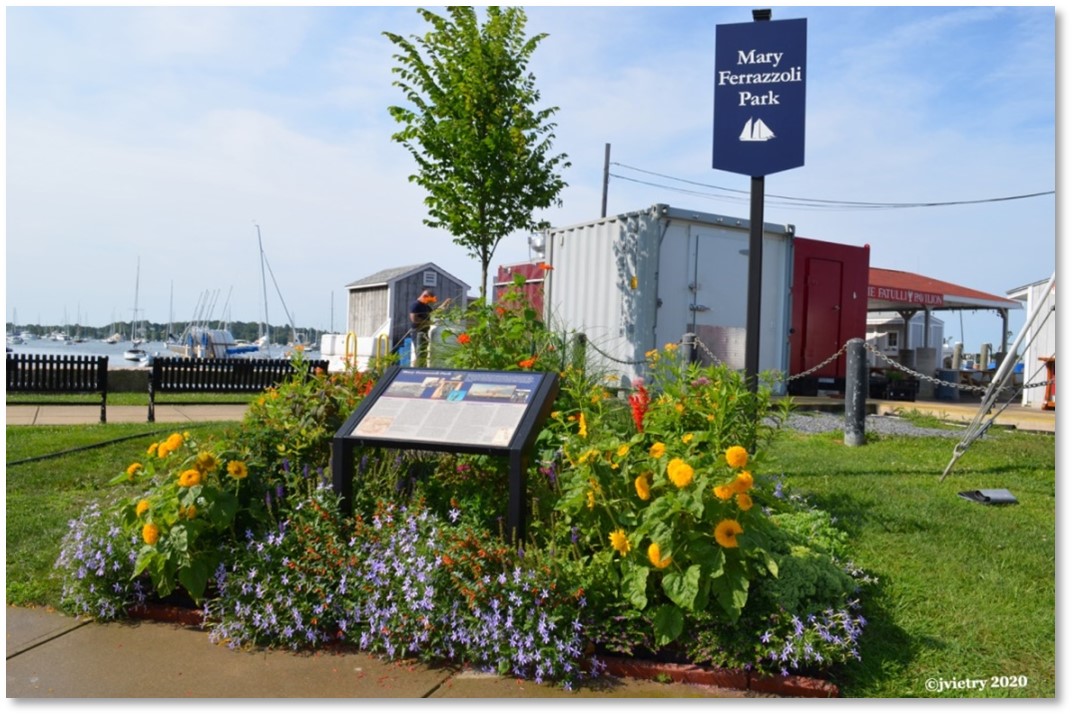 My Newport
Written By Johanna Vietry

Essay below appears in the 2021 City Guide of Newport Life

Forty years ago I arrived upon Newport’s shores — not by boat, ironically, but indirectly via the New York Yacht Club. In the summer of 1980, the renowned marine photographer Stanley Rosenfeld presented me with the opportunity to work as his photographic assistant during the America’s Cup trials. It was an offer that combined both my love of sailing and my vocation — photography. Rosenfeld’s family had photographed the races for the NYYC since the Morgans and Vanderbilts competed. As a young photographer from Indiana, I could not let this chance pass me by.

As fate would have it, during this stint I met Chuck Vietry, a fourth-generation Newporter who was an avid surfer, shore fisherman and lover of anything that involved the ocean or historic Newport. Two years later, we were married on the beach at Castle Hill. As they say, “the rest is history.”

There is nothing more historic in all of Newport than its waterfront, and there is nowhere in Newport that reminds me more of my late husband’s spiritual attachment to the ocean than the pollinator garden at Mary Ferrazzoli Park. As I tend this garden on Long Wharf and marvel at the harbor there, I am forever reminded of the love he felt for his hometown and his fervent desire that waterfronts such as these remain accessible.

This small park is where America’s first president disembarked in the late 1700s and, more than 200 years later, it was named for the founder of Friends of the Waterfront. When developers threatened to convert public access to private access in the late 1980s, Mary Ferrazzoli was a real hero, preserving the public’s access to these colonial pathways, as ensured by the Rhode Island Royal Charter of 1663.

In the last 35 years, much of the waterfront has been under threat of overdevelopment. Six years ago, when I agreed to take on the Friends of the Waterfront presidency, a new dimension was added to the nonprofit’s stewardship. As a URI Master Gardener Project leader, I was able to incorporate both missions and bolstered volunteers, creating the Newport Harbor Walk Dinghy Project.

The native vegetation that once flourished near the harbor had been replaced with concrete and asphalt, so we reintroduced native plants by using upcycled dinghies as oversized containers. These planters create a diverse ecological system that remains not only natural and sustainable, but also visually appealing.

Newport continues to attract visitors for the same reasons it did when the first settlers arrived. But many business ventures of non-inhabitant shell corporations are all-too-willing to turn public access shoreline into their own private property, thereby blocking designated rights of way and waterfront views from the residents and visitors who champion this city.

I fear that many people who call Newport home have no clear understanding of the importance of the history of our waterfront or what is to come. Sea level rise projections on the East Coast are nothing short of distressing. In the last 90 years alone, Rhode Island has seen a 10-inch rise in sea levels. The state’s Coastal Resources Management Council projects that in the next 80 years, we may see an increase of 10 FEET. Public access and space will be forced to take on new meaning, since every coastal asset in Rhode Island would be wiped out.

Newport’s Waterfront has always unified its community. Moving forward, it is going to take all citizens addressing these issues and acting in unison on these grave coastal development issues.

Without the knowledge and understanding of Newport’s past, there can be no vision for its future. Is building on land that is a filled waterfront flood plain a sustainable solution for future generations? Citizens trust their government to do the right thing by them … but will they? The future of our historic waterfront is up to the citizens. Let’s hope that they do the right thing. 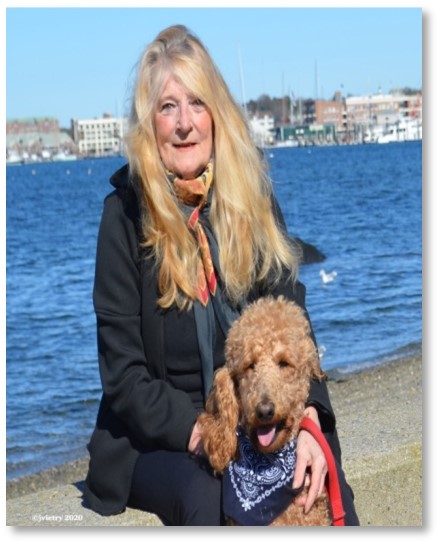 A Few Year in Review Highlights: